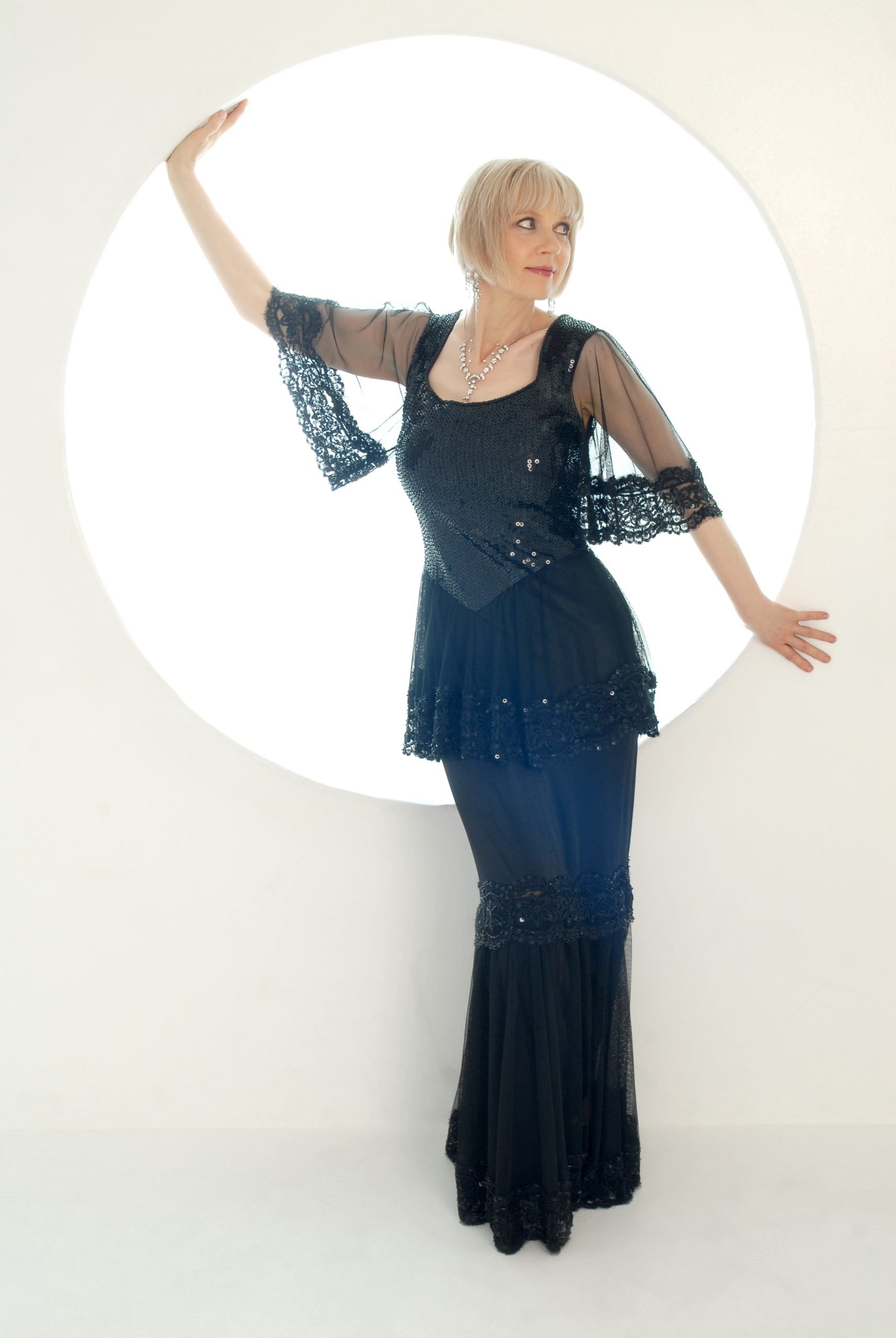 Janice Day graduated from Birmingham University in the late 1970s with a degree in English. Finding this no use whatsoever she became a danceband singer by night and temp secretary by day. Original singer with both the Piccadilly Dance Orchestra and Keith Nicholl’s Cotton Club Orchestra, she has appeared at the Royal Festival Hall, the Queen Elizabeth Hall, the Purcell Room, Proms in the Park, Pizza on the Park and the Wigmore Hall for Radio Three.

In the ’90s she found herself married and assailed by two children, who started small and grew bigger. Forced to leave the stage by the family, she became a breast cancer survivor and locked herself in the garden shed to write books. Getting it off my Chest, her first, was met with critical acclaim.

I know the question trembling on everybody’s lips is…did I survive? Well, you’ll have to wait until the end of the show to find out.
“

Other performance outlets are the 1930s character act Mrs Pinkerton-Lovely, developing a new Welsh comedy routine, the running of popular music duo Hay Jazz, and her one-woman theatrical adaptation of Getting it off my chest. She lives in Hay-on-Wye with jazz pianist Martin Litton and three cats.